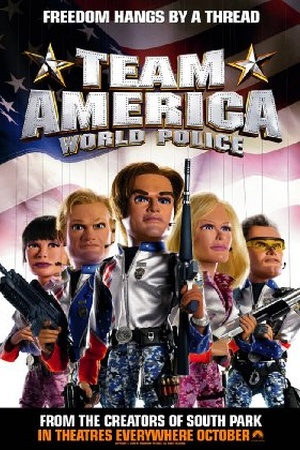 Sorry, Team America: World Police is not yet available on Netflix.

Popular Broadway actor Gary Johnston is recruited by the elite counter-terrorism organization Team America: World Police. As the world begins to crumble around him, he must battle with terrorists, celebrities and falling in love. Team America, an international police force dedicated to maintaining global stability learns that a power hungry dictator is brokering weapons of mass destruction to terrorists. The heroes embark upon a harrowing mission to save the world.