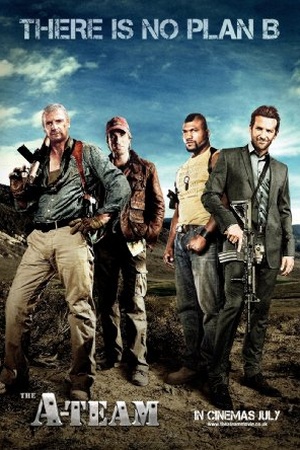 Is The A-Team on Netflix United States?

Sorry, The A-Team (2010) isn't available on Netflix United States, but is available in a different country. Still want to view it? click here.

Buckle up for an adrenaline-fueled thrill ride starring Liam Neeson, Bradley Cooper, Quinton "Rampage" Jackson and Sharlto Copley. Convicted by a military court for a crime they didn't commit, a daring team of former Special Forces soldiers must utilize their unique talents to break out of prison and tackle their toughest mission yet. It's going to take guts, split-second timing and an arsenal of explosive weapons...this is a job for The A-Team! A group of Iraq War veterans look to clear their name with the U.S. Military, who suspect the four men of committing a crime for which they were framed. Iraq War veterans are on the run from U.S. military forces while they try to clear their names after being framed for a crime they didn't commit.