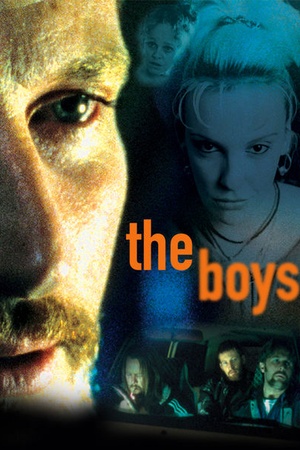 Is The Boys on Netflix United States?

Sorry, The Boys (1997) isn't available on Netflix United States, but is available in a different country.

Three teen boys find a man named Luke Cooper who clams to be a cop in their secret hideout. But can he be trusted? He seems nice at first, but when Luke becomes angry and starts threatening them, will the three teenagers stand together and fight back? Stan runs the blue-collar tavern Chez Stan; he also coaches a hopeless amateur hockey team of his beer-drinking buddies called Les Boys. When Stan finds himself up to his kneecaps in debt to mobster M&eacute;o, he makes a deal.