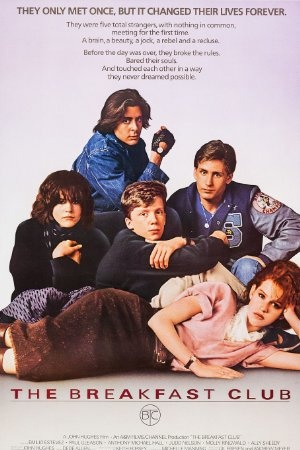 Is The Breakfast Club on Netflix United States?

Yes! The Breakfast Club (1985) is available on Netflix United States.

Five high school students meet in Saturday detention and discover how they have a lot more in common than they thought. They were five students with nothing in common, faced with spending a Saturday detention together in their high school library. At 7 a.m., they had nothing to say, but by 4 p.m. they had bared their souls to each other and become good friends. John Hughes, creator of the critically acclaimed Sixteen Candles, wrote, directed and produced this hilarious and often touching comedy starring Emilio Estevez, Anthony Michael Hall, Judd Nelson, Molly Ringwald and Ally Sheedy. To the outside world they were simply the Jock, the Brain, the Criminal, the Princess and the Kook, but to each other, they would always be The Breakfast Club. The athlete, the brain, the criminal, the princess and the basket case break through the social barriers of high school during Saturday detention.

Check the The Breakfast Club (1985) trailer!