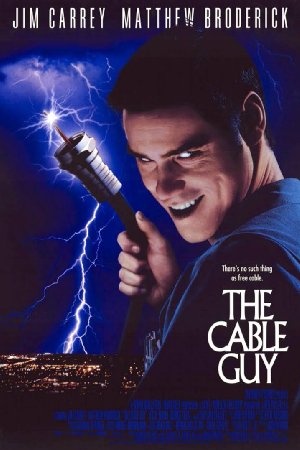 Is The Cable Guy on Netflix United States?

Sorry, The Cable Guy (1996) isn't available on Netflix United States, but is available in a different country. Still want to view it? click here.

A lonely and mentally disturbed cable guy raised on television just wants a new friend, but his target, a designer, rejects him, with bad consequences. When Steven moves into a new place, an overzealous cable guy hooks him up -- and doesn't let go, even after Steven tries to end their 'friendship.'