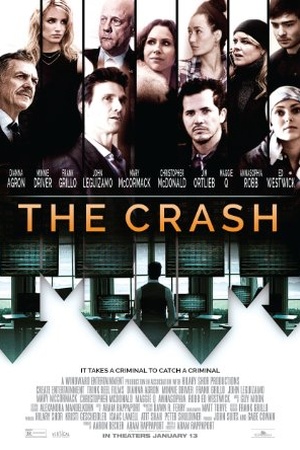 Is The Crash on Netflix United States?

Sorry, The Crash (2017) isn't available on Netflix United States, but is available in a different country. Still want to view it? click here.

In the not-so-distant future, a team of white-collar criminals are enlisted by the Federal government to thwart a cyber-attack that threatens to bankrupt the United States of America. When terrorists threaten an economic cyberattack, a disgraced financial hacker finds himself tapped to save America from the unexpected menace. Set in the future when the US economy is on the brink of yet another massive financial crisis, The Crash tells the story of Guy Clifton (Frank Grillo), a federally-indicted stock trader, who is secretly enlisted by the government to help thwart a cyber-attack aimed at the stock markets – an attack that could permanently cripple the world's economy.