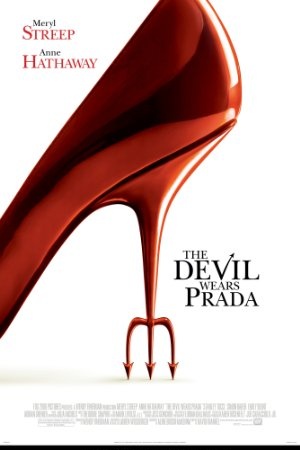 Is The Devil Wears Prada on Netflix United States?

Sorry, The Devil Wears Prada (2006) isn't available on Netflix United States, but is available in a different country.

A smart but sensible new graduate lands a job as an assistant to Miranda Priestly, the demanding editor-in-chief of a high fashion magazine. After taking a job as an assistant for a powerful fashion magazine editor, ordinary Andrea is thrilled -- until the magic wears off. Based on the hilarious best-selling novel, this sinfully funny movie stars Academy Award® winner Meryl Streep and Anne Hathaway. As assistant to impossibly demanding New York fashion magazine editor Miranda Priestly (Streep), young Andy Sachs (Hathaway) has landed a job that "a million girls would die for." Unfortunately, her heaven-sent appointment as Miranda's personal whipping girl just might be the death of her!