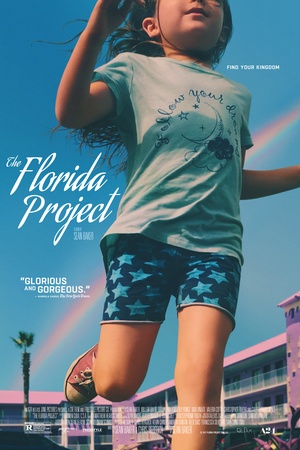 Is The Florida Project on Netflix United States?

Sorry, The Florida Project (2017) isn't available on Netflix United States, but is available in a different country. Still want to view it? click here.

Set over one summer, the film follows precocious six-year-old Moonee as she courts mischief and adventure with her ragtag playmates and bonds with her rebellious but caring mother, all while living in the shadows of Walt Disney World. A mischievous 6-year-old finds the magic in her own circumstances while living with her troubled mom in a budget motel near Disney World. Despite her harsh surroundings, the precocious and ebullient Moonee has no trouble making each day a celebration of life, her endless afternoons overflowing with mischief and grand adventure as she and her ragtag playmates—including Jancey, a new arrival to the area who quickly becomes Moonee’s best friend—fearlessly explore the utterly unique world into which they’ve been thrown. Unbeknownst to Moonee, however, her delicate fantasy is supported by the toil and sacrifice of Halley, who is forced to explore increasingly dangerous possibilities in order to provide for her daughter.

Check the The Florida Project (2017) trailer!