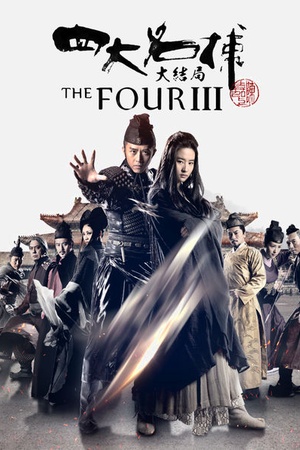 Is The Four 3 on Netflix United States?

Sorry, The Four 3 (2014) isn't available on Netflix United States, but is available in a different country.

Emotionless has left Six Doors, as has Cold Blood, who has decided to investigate the death of Lord Bu on his own. The departure of two of the four constables has effectively left Six Doors... In the final film of the supernatural martial arts trilogy, the estranged detectives reunite to protect the emperor and battle an evil conspiracy.