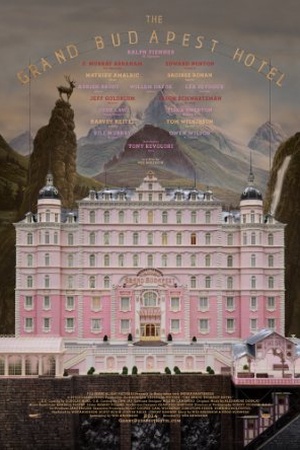 Is The Grand Budapest Hotel on Netflix United States?

Sorry, The Grand Budapest Hotel (2014) isn't available on Netflix United States, but is available in a different country. Still want to view it? click here.

A writer encounters the owner of an aging high-class hotel, who tells him of his early years serving as a lobby boy in the hotel's glorious years under an exceptional concierge. Between the world wars, Gustave H, the concierge at a prestigious European hotel, takes a bellboy named Zero as a trusted protégé. THE GRAND BUDAPEST HOTEL recounts the adventures of legendary concierge Gustave H. and Zero Moustafa, the lobby boy who becomes his most trusted friend. The story involves the theft of a priceless painting; a raging battle for an enormous family fortune; and a desperate chase on motorcycles, trains, sleds, and skis - all against the back-drop of a suddenly and dramatically changing Continent.