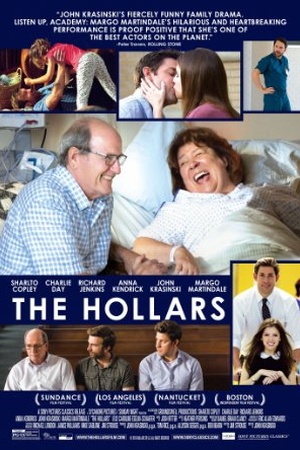 Is The Hollars on Netflix United States?

Sorry, The Hollars (2016) isn't available on Netflix United States, but is available in a different country. Still want to view it? click here.

A man returns to his small hometown after learning that his mother has fallen ill and is about to undergo surgery. After his mom falls ill, an artist on the brink of fatherhood returns to his hometown and through tears and laughter connects with his unique family. A struggling NYC artist, John Krasinski, is forced to return to the small middle-American town he left behind after learning about his mother’s illness. Back in the house he grew up in, John is immediately swept up in the problems of his dysfunctional family, high school rival, and an over-eager ex-girlfriend as he faces impending fatherhood with his NYC girlfriend (Anna Kendrick, Academy Award® Nominee, Up in the Air, Best Supporting Actress, 2009). From a script by Jim Strouse that is at turns hilarious and heartbreaking, John Krasinski’s second feature is a poignant look at the bonds of family and friendship.