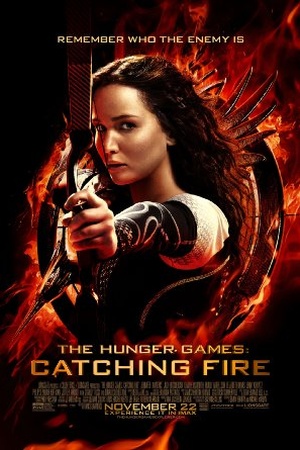 Is The Hunger Games: Catching Fire on Netflix United States?

Sorry, The Hunger Games: Catching Fire (2013) isn't available on Netflix United States, but is available in a different country. Still want to view it? click here.

Katniss Everdeen and Peeta Mellark become targets of the Capitol after their victory in the 74th Hunger Games sparks a rebellion in the Districts of Panem. Academy Award winner Jennifer Lawrence returns in this thrilling sequel to THE HUNGER GAMES. Katniss and Peeta embark on a victory tour while President Snow plots a deadly new Hunger Games that could change Panem forever. After her triumph in the Hunger Games, Katniss Everdeen travels through the districts on a 'Victor's Tour' while a rebellion gathers steam around her.