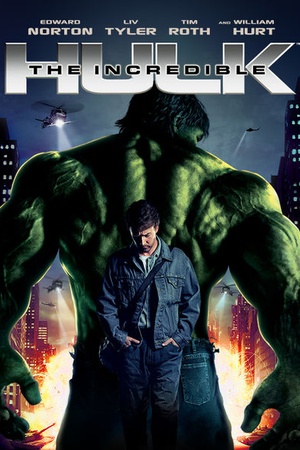 Is The Incredible Hulk on Netflix United States?

Sorry, The Incredible Hulk (2008) isn't available on Netflix United States, but is available in a different country. Still want to view it? click here.

Bruce Banner, a scientist on the run from the U.S. Government, must find a cure for the monster he turns into whenever he loses his temper. Academy Award® nominee Edward Norton stars as scientist Bruce Banner, a man who has been living in shadows, scouring the planet for an antidote to the unbridled force of rage within him: the Hulk. But when the military masterminds who dream of exploiting his powers force him back to civilization, he finds himself coming face to face with his most formidable foe: the Abomination – a nightmarish beast of pure aggression whose powers match the Hulk’s own! Also starring Liv Tyler, Oscar® nominee Tim Roth, and Oscar® winner William Hurt, The Incredible Hulk is “steeped in action and spectacular special effects” (Claudia Puig, USA TODAY) and delivers a mind-blowing final showdown that can only be summed up with one word...INCREDIBLE! An experiment gone wrong turns Dr. Bruce Banner into a hulking green monster when he grows angry and makes him a target of the military.

Check the The Incredible Hulk (2008) trailer!