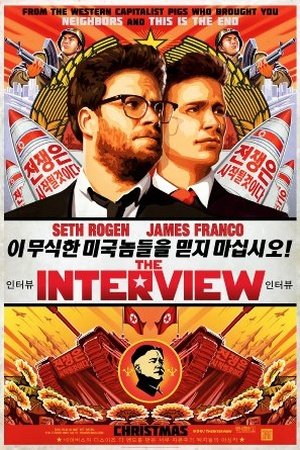 Is The Interview on Netflix United States?

Yes! The Interview (2014) is available on Netflix United States.

Dave Skylark and his producer Aaron Rapaport run the celebrity tabloid show "Skylark Tonight". When they land an interview with a surprise fan, North Korean dictator Kim Jong-un, they are recruited by the CIA to assassinate him. When a TV host and his producer score an interview with Kim Jong-un, who's a fan of their show, the CIA asks them to assassinate the dictator.