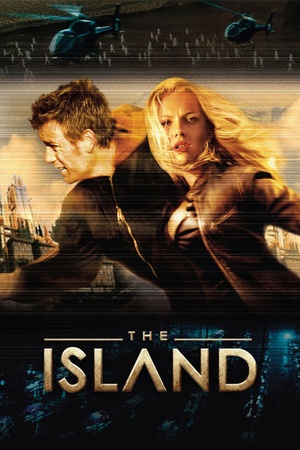 Is The Island on Netflix United States?

Sorry, The Island (2005) isn't available on Netflix United States, but is available in a different country.

A man living in a futuristic sterile colony begins to question his circumscribed existence when his friend is chosen to go to the Island, the last uncontaminated place on earth. Blockbuster action director Michael Bay delivers a striking look at a strange world of the future in this sci-fi action drama. Midway through the 21st century, Lincoln Six Echo (Ewan McGregor) lives in a confined indoor community after ongoing abuse of the Earth has rendered most of the planet uninhabitable. One of the only places in the outside world still capable of sustaining life is an idyllic island where citizens are chosen to live through a lottery. Or at least that's what Lincoln and his fellow citizens are taught to believe; the truth is that Lincoln, like everyone he knows, is actually a clone who is kept under wraps to provide needed organs when the person who supplied his or her DNA falls ill. When he becomes aware that his existence is a fraud, Lincoln escapes to the outside world with a fellow clone, Jordan Two Delta (Scarlett Johansson), though the powers that be are determined to see that no one gets away alive. The Island also stars Steve Buscemi, Djimon Hounsou, Michael Clarke Duncan, and Sean Bean. Two members of a strictly regulated futuristic colony make a startling discovery about their existence, leading them to stage a desperate escape.