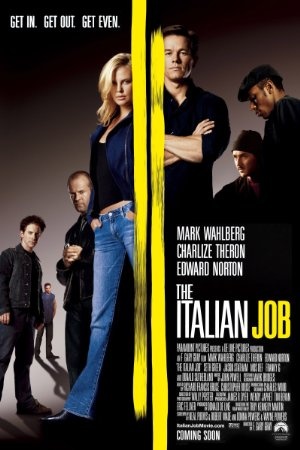 Is The Italian Job on Netflix United States?

Sorry, The Italian Job (2003) isn't available on Netflix United States, but is available in a different country. Still want to view it? click here.

The plan was flawless. The execution was perfect. Charlie Croker pulled off the crime of a lifetime. The one thing that, he didn't plan on was being double-crossed. Now he wants more than the job's payoff...he wants payback. Mark Wahlberg is electrifying as Croker in this "fast and furious action-adventure." Along with a drop-dead gorgeous safecracker (Charlize Theron), Croker and his team take off to re-steal the loot and end up in a pulse-pounding, pedal-to-the-metal chase that careens up, down, above and below the streets of Los Angeles. With an ensemble all-star cast that also includes Edward Norton, Seth Green, Jason Statham, Mos Def, Franky G and Donald Sutherland, The Italian Job is "Hot!" A clever thief masterminds a major heist amid the waterways of Venice, Italy -- but a betrayal by one of his own spells disaster. After being betrayed and left for dead in Italy, Charlie Croker and his team plan an elaborate gold heist against their former ally.