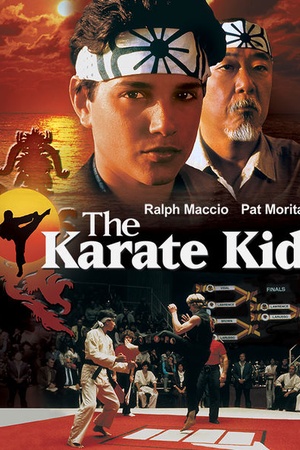 Is The Karate Kid on Netflix United States?

Sorry, The Karate Kid (1984) isn't available on Netflix United States, but is available in a different country. Still want to view it? click here.

A martial arts master agrees to teach karate to a bullied teenager. A fatherless teenager faces his moment of truth in THE KARATE KID. Daniel (Ralph Macchio) arrives in Los Angeles from the east coast and faces the difficult task of making new friends. However, he becomes the object of bullying by the Cobras, a menacing gang of karate students, when he strikes up a relationship with Ali (Elisabeth Shue), the Cobra leader's ex-girlfriend. Eager to fight back and impress his new girlfriend but afraid to confront the dangerous gang, Daniel asks his handyman Miyagi (Noriyuki 'Pat' Morita), whom he learns is a master of the martial arts, to teach him karate. Miyagi teaches Daniel that karate is a mastery over the self, mind, and body and that fighting is always the last answer to a problem. Under Miyagi's guidance, Daniel develops not only physical skills but also the faith and self-confidence to compete despite tremendous odds as he encounters the fight of his life in the exciting finale to this entertaining film. When bullied teen Daniel LaRusso teams with a martial arts master, he ends up learning much more than just self-defense in this classic underdog tale.