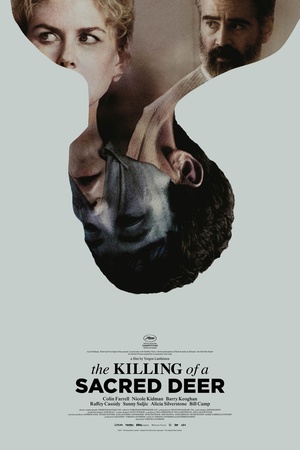 Is The Killing of a Sacred Deer on Netflix United States?

Yes! The Killing of a Sacred Deer (2017) is available on Netflix United States.

Steven, a charismatic surgeon, is forced to make an unthinkable sacrifice after his life starts to fall apart, when the behavior of a teenage boy he has taken under his wing turns sinister. A surgeon's carefully curated life edges toward disaster when a troubled teenage boy with mysterious motives begins to impose himself on his family. Dr. Steven Murphy (Colin Farrell) is a renowned cardiovascular surgeon presiding over a spotless household with his ophthalmologist wife Anna (Nicole Kidman) and their two exemplary children, 12-year-old Bob (Sunny Suljic) and 14-year-old Kim (Raffey Cassidy). Lurking at the margins of his idyllic suburban existence is Martin (Barry Keoghan), a fatherless teen who Steven has covertly taken under his wing. As Martin begins insinuating himself into the family’s life in ever-more unsettling displays, the full scope of his intent becomes menacingly clear when he confronts Steven with a long-forgotten transgression that will shatter the Murphy family’s domestic bliss. Lanthimos has crafted a sensational thriller brimming with unsettling humor and creeping dread, steeped in Greek tragedy, existential horror, Hitchcockian psychodrama, and riveting suspense. Darting confidently between genres to subvert our expectations at every turn, The Killing of a Sacred Deer firmly cements Lanthimos in the pantheon of world-class auteurs and marks him as a cinematic provocateur without precedent.

Check the The Killing of a Sacred Deer (2017) trailer!