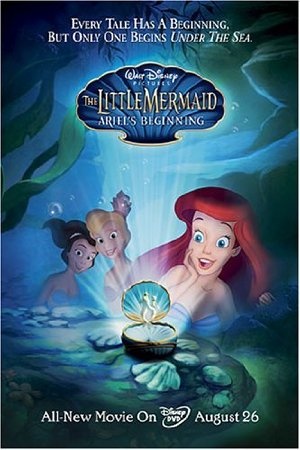 Is The Little Mermaid: Ariel's Beginning on Netflix United States?

Sorry, The Little Mermaid: Ariel's Beginning (2008) isn't available on Netflix United States, but is available in a different country.

In the kingdom of Atlantica where music is forbidden, the youngest daughter of King Triton, named Ariel, discovers her love of an underground music club and sets off to a daring adventure to bring restoration of music back to Atlantica. Discover the untold story of the Little Mermaid&#39;s early days and learn how Ariel first became friends with the lovable Flounder and Sebastian.