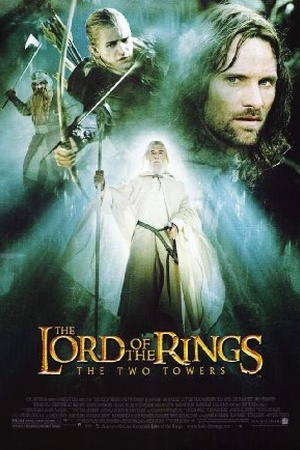 Is The Lord of the Rings: The Two Towers on Netflix United States?

Yes! The Lord of the Rings: The Two Towers (2002) is available on Netflix United States.

While Frodo and Sam edge closer to Mordor with the help of the shifty Gollum, the divided fellowship makes a stand against Sauron's new ally, Saruman, and his hordes of Isengard. Frodo and Sam head to Mordor to destroy the One Ring of Power while Gimli, Legolas and Aragorn search for the orc-captured Merry and Pippin. "One ring to rule them all. One ring to find them. One ring to bring them all and in the darkness bind them." -- J.R.R. Tolkien, The Lord of the Rings -- In the second part of J.R.R. Tolkien's epic masterpiece, The Lord of the Rings, Frodo Baggins (Elijah Wood - "Eternal Sunshine of the Spotless Mind," "Everything is Illuminated") and the other members of the Fellowship continue on their sacred quest to destroy the One Ring -- but on separate paths. Their destinies lie at two towers -- Orthanc Tower in Isengard, where the corrupt wizard Saruman awaits, and Sauron's fortress at Barad-dur, deep within the dark lands of Mordor. Also starring Academy Award-nominee Viggo Mortensen ("A History of Violence," "Eastern Promises"), Academy Award-nominee and Golden Globe-winner Ian McKellan ("X-Men," TV's "Rasputin"), Orlando Bloom ("Troy," "The Pirates of the Caribbean” trilogy), Liv Tyler ("The Strangers," "The Incredible Hulk") and Academy Award and Golden Globe-winner Cate Blanchett ("Elizabeth," "The Aviator"). Winner of 2 Academy Awards!