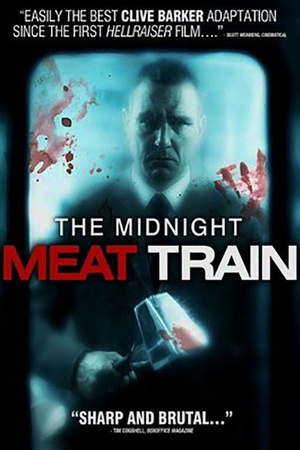 Is The Midnight Meat Train on Netflix United States?

Sorry, The Midnight Meat Train (2008) isn't available on Netflix United States, but is available in a different country.

A photographer's obsessive pursuit of dark subject matter leads him into the path of a serial killer who stalks late night commuters, ultimately butchering them in the most gruesome ways imaginable. An ill-advised search for a serial killer known as the 'Subway Butcher' leads an ambitious New York City photographer down a dark and dangerous path.