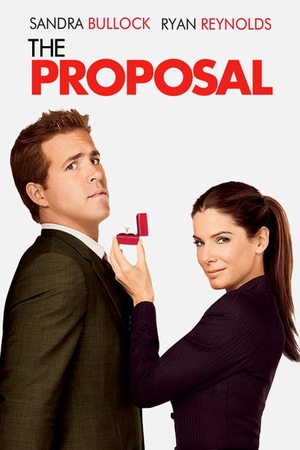 Is The Proposal on Netflix United States?

Sorry, The Proposal (2009) isn't available on Netflix United States, but is available in a different country.

When an overbearing book editor learns she's in danger of losing her visa status and may be deported, she forces her put-upon assistant to marry her. A pushy boss forces her young assistant to marry her in order to keep her visa status in the U.S. and avoid deportation to Canada. Sandra Bullock is at her funniest in the fresh, laugh-out-loud romantic comedy The Proposal. On the verge of being deported and losing the high-powered job she lives for, the controlling Margaret (Bullock) announces she's engaged to her unsuspecting, put-upon assistant Andrew (Ryan Reynolds). After proposing a few demands of his own, the mismatched couple heads to Alaska, where they have four short days to convince his quirky family and a very skeptical immigration agent that their charade is real. Featuring a star-studded supporting cast, including Mary Steenburgen, Craig T. Nelson and the delightfully inappropriate Betty White, this madcap comedy will have you saying "yes" to The Proposal again and again.