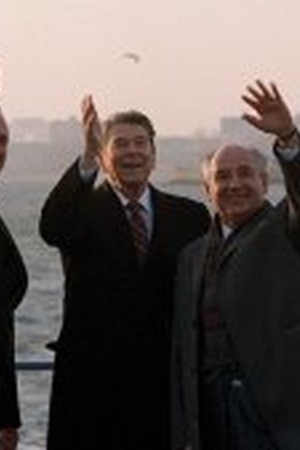 Is The Reagan Show on Netflix United States?

Sorry, The Reagan Show (2017) isn't available on Netflix United States, but is available in a different country.

Archival footage from the Reagan administration illustrates just how important pageantry and presentation were to America's 40th president. Made up entirely of archival news and White House footage, this documentary captures the pageantry, absurdity, and mastery of the made-for-TV politics of Ronald Reagan. THE REAGAN SHOW is an all-archival footage documentary about the original performer-president’s role of a lifetime. Teasing apart the spectacle at the heart of finger-on-the-button global diplomacy, the film follows Ronald Reagan's rivalry with charismatic Soviet leader Mikhail Gorbachev. Tracing the Communicator-in-Chief’s impeccable discourse, it is made evident how he uses his public relations chops to overcome Soviet mistrust, the objections of a skeptical White House press corps, and the looming threat of WW III. Chock full of wit and political irony, and told solely through 1980s network news and videotapes created by the Reagan administration itself, this story from CNN Films explores Reagan’s made-for-TV approach to politics as he faced down the United States’ greatest rival. THE REAGAN SHOW also features footage of his wife Nancy Reagan and Reagan’s Deputy Chief of Staff Michael Deaver.