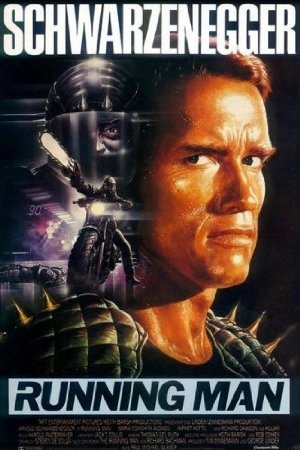 Is The Running Man on Netflix United States?

Sorry, The Running Man is not yet available on Netflix.

In a dystopian America, a falsely convicted policeman gets his shot at freedom when he must forcibly participate in a TV game show where convicts, runners, must battle killers for their freedom. Arnold Schwarzenegger stars as Ben Richards, a cop in the totalitarian America of 2019, framed for massacring rioting civilians during a famine. After escaping from jail, Richards tries to prove his innocence, but his efforts are thwarted at every turn by a regime in need of a scapegoat. Richards is captured along with an innocent civilian, Amber Mendez (Maria Conchita Alonso), and they are forced to participate in a violent game show called "The Running Man," hosted by the unctuous Damon Killian (Richard Dawson). The object of the game for Richards and Mendez: obtain freedom by staying alive against a gauntlet of skillful assassins like "Subzero" (Prof. Toru Tanaka) and "Captain Freedom" (Jesse Ventura), each armed with unique weapons like razor-sharp hockey sticks and chainsaws. With the help of some fellow "contestants," Richards is able to tap into government computers and prove his innocence. The Running Man was very loosely based on a short story by Stephen King, who wrote it under the name Richard Bachman.