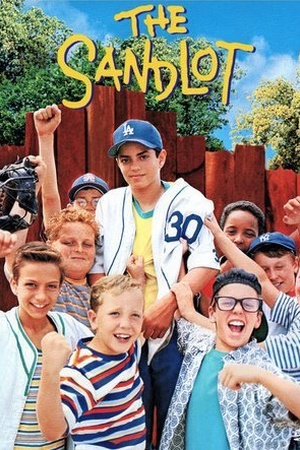 Is The Sandlot on Netflix United States?

Sorry, The Sandlot (1993) isn't available on Netflix United States, but is available in a different country.

In the summer of 1962, a new kid in town is taken under the wing of a young baseball prodigy and his rowdy team, resulting in many adventures. It's the early 1960s and fifth-grader Scotty Smalls (Tom Guiry) has just moved into town with his folks (Karen Allen and Denis Leary). Kids call him a dork—he can't even throw a baseball! But that changes when the leader of the neighborhood gang recruits him to play on the nearby sandlot field. It's the beginning of a magical summer of baseball, wild adventures, first kisses, and fearsome confrontations with the dreaded Beast and its owner (James Earl Jones) who live behind the left field fence. Soon nine boys have become best friends, Scotty is part of a team, and their leader has become a local legend in this hilarious and warmhearted comedy. New-kid-in-town Scotty joins a pickup baseball game and hits a Babe Ruth-signed ball into the junkyard of a mean neighbor guarded by a menacing dog.