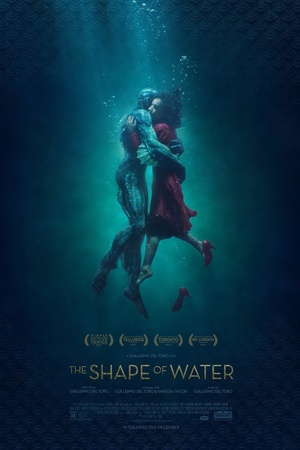 Is The Shape of Water on Netflix United States?

Sorry, The Shape of Water (2017) isn't available on Netflix United States, but is available in a different country. Still want to view it? click here.

A mute cleaning woman becomes dangerously curious about an experiment being held at the top-secret government lab where she works. At a top secret research facility in the 1960s, a lonely janitor forms a unique relationship with an amphibious creature that is being held in captivity. From master storyteller, Guillermo del Toro, comes THE SHAPE OF WATER - an other-worldly fairy tale, set against the backdrop of Cold War era America circa 1962. In the hidden high-security government laboratory where she works, lonely Elisa (Sally Hawkins) is trapped in a life of silence and isolation. Elisa’s life is changed forever when she and co-worker Zelda (Octavia Spencer) discover a secret classified experiment. Rounding out the cast are Michael Shannon, Richard Jenkins, Michael Stuhlbarg and Doug Jones.