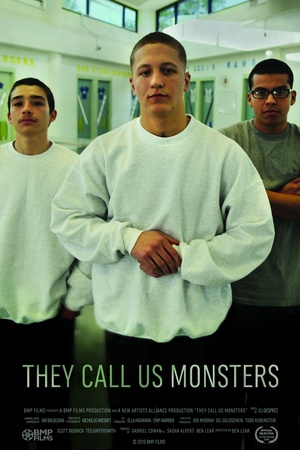 Is They Call Us Monsters on Netflix United States?

Sorry, They Call Us Monsters is not yet available on Netflix.

Legislators debate legislation that allows for adult charges for juvenile offenders. Juan, Jarad and Antonio, all between 14 and 16, face decades in prison. To pass the time, they sign up for a screenwriting class and collaborate on a short film about their lives, including Juan’s unrequited love for his childhood friend, Abigail. Halfway through the class, Antonio returns to juvenile court and gets released with time served. Back home, he struggles to avoid the same patterns that first got him locked up. Meanwhile, the realities of Jarad and Juan’s crimes set in. One of Jarad’s victims is only 17 herself and will be confined to a wheelchair for life. Juan faces deportation once eventually released, separating him from his family, including his baby son. While the gravity of their crimes haunts every frame, these young men are still simply teenagers. Do they deserve a second chance? The question is a societal conundrum beyond legislation and data. To their advocates, they're kids. To their critics, they’re monsters.

Check the They Call Us Monsters (2017) trailer!