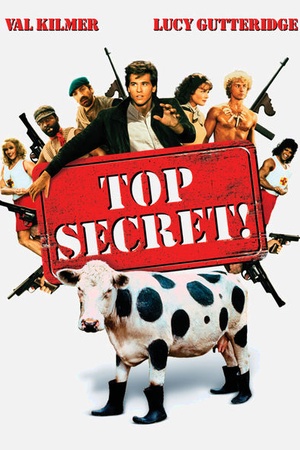 Sorry, Top Secret! (1984) isn't available on Netflix United States, but is available in a different country.

Parody of WWII spy movies in which an American rock and roll singer becomes involved in a Resistance plot to rescue a scientist imprisoned in East Germany. Scheduled to perform in East Germany, an American pop idol is caught in international intrigue in this zany spy spoof from the creators of Airplane!.