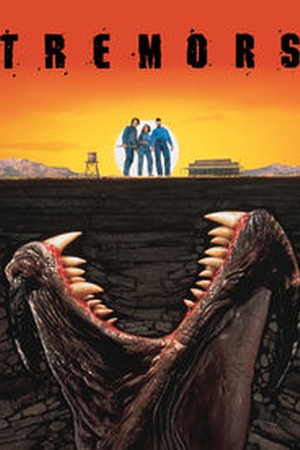 Is Tremors on Netflix United States?

Natives of a small isolated town defend themselves against strange underground creatures which are killing them one by one. Kevin Bacon and Fred Ward star as two country handymen who lead a cast of zany characters to safety in this exciting sci-fi creature comedy. Just as Val McKee (Bacon) and Earl Bassett (Ward) decide to leave Perfection, Nevada, strange rumblings prevent their departure. With the help of a shapely seismology student (Finn Carter), they discover their desolate town is infested with gigantic man-eating creatures that live below the ground. The race is on to overcome these slimy subterraneans and find a way to higher ground, in this enjoyable thriller co-starring Michael Gross and Reba McEntire. After a seismologist gets unusual readings on her equipment, handymen discover 30-foot-long carnivorous worms that suck their prey underground.