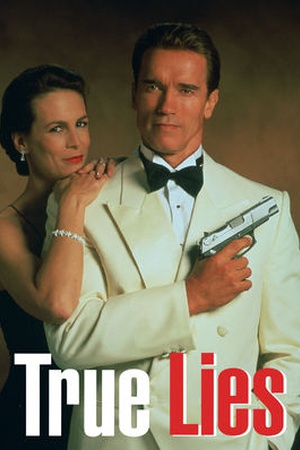 Sorry, True Lies (1994) isn't available on Netflix United States, but is available in a different country.

A fearless, globe-trotting, terrorist-battling secret agent has his life turned upside down when he discovers his wife might be having an affair with a used-car salesman while terrorists smuggle nuclear war heads into the United States. Special agent Harry Tasker is a top spy in the ultra-secret Omega Sector -- unbeknownst to his wife, who thinks he's just a boring computer salesman.