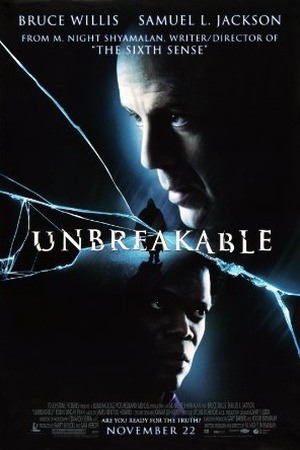 Is Unbreakable on Netflix United States?

Sorry, Unbreakable (2000) isn't available on Netflix United States, but is available in a different country.

A man learns something extraordinary about himself after a devastating accident. Bruce Willis and Samuel L. Jackson star in a mind-shattering, suspense-filled thriller that stays with you long after the end of this riveting supernatural film. After David Dunn (Willis) emerges from a horrific train crash as the sole survivor -- and without a single scratch on him -- he meets a mysterious stranger (Jackson). An unsettling stranger who believes comic book heroes walk the earth. A haunting stranger, whose obsession with David will change David's life forever. An ordinary man makes an extraordinary discovery when a train crash leaves his fellow passengers dead but him unscathed. Is he truly unbreakable?