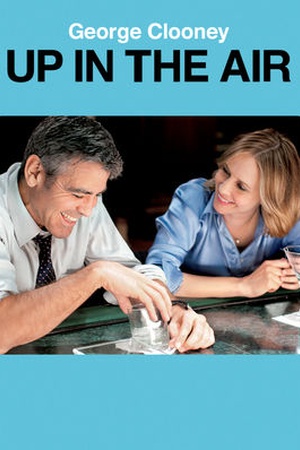 Is Up in the Air on Netflix United States?

Yes! Up in the Air (2009) is available on Netflix United States.

Ryan Bingham enjoys living out of a suitcase for his job, travelling around the country firing people, but finds that lifestyle threatened by the presence of a potential love interest, and a new hire presenting a new business model. Ryan Bingham (Academy Award® winner* George Clooney) is truly living the high life. Flying all over the world on business, he never stops moving...until he meets Alex, a fellow passenger and learns that life isn’t about the journey, but the connections we make along the way. Acclaimed by critics and audiences everywhere and included in over 200 top 10 lists, "Up in the Air is light and dark, hilarious and tragic, bouncy and brainy, romantic and real.”*- Owen Gleiberman, ENTERTAINMENT WEEKLY Ryan Bingham flies around the country firing employees on behalf of companies, but he faces losing the job he savors to recent college grad Natalie.