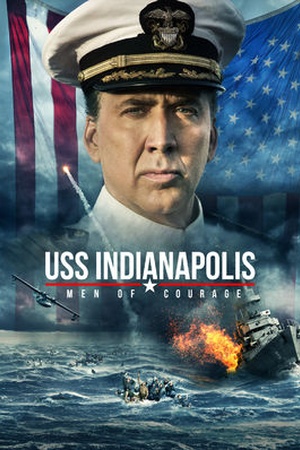 Is USS Indianapolis: Men of Courage on Netflix United States?

In the waning days of World War II, the Navy warship USS Indianapolis secretly delivered one of two atomic bombs that would eventually end the war. The Japanese attacked and sank the heavy cruiser. The USS Indianapolis’ mission was so classified it was not reported missing, and no one knew the ship had been attacked until four days later. Of the 1197 crew members, nearly 300 went down with the ship. Stranded in the shark-infested waters of the Philippine Sea, the remaining survivors of the USS Indianapolis endured hunger, thirst, heat, delirium, relentless shark attacks and the death of many shipmates. Five days later only 316 men survived and were eventually rescued. During World War II, an American navy ship is sunk by a Japanese submarine leaving 890 crewmen stranded in shark infested waters. After becoming stranded in the Philippine Sea during World War II, a tenacious Navy crew faces a dire lack of supplies and a string of shark attacks.