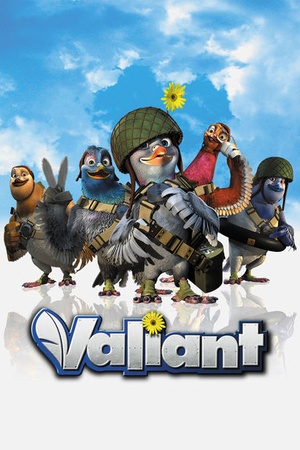 Is Valiant on Netflix United States?

Sorry, Valiant (2005) isn't available on Netflix United States, but is available in a different country.

At the height of World War II, a tiny wood pigeon enlists in the elite Royal Homing Pigeon Service to serve Britain, as the fearsome General Von Talon (Tim Curry) and his deadly squadron of falcons patrol the English Channel. Is he a war-hero in the making? During World War II, a misfit pigeon joins the Royal Pigeon Service to do his patriotic duty and ends up with one of the most vital jobs of the war.