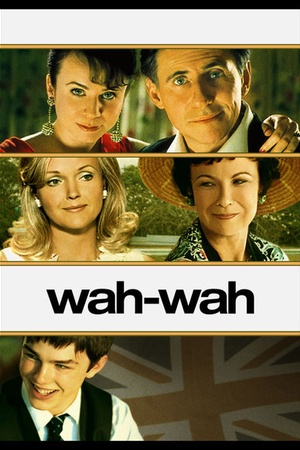 Is Wah-Wah on Netflix United States?

Sorry, Wah-Wah (2005) isn't available on Netflix United States, but is available in a different country.

Ralph witnesses the disintegration of his parents' marriage through adultery and alcohol during the last gasp of the British Empire in Swaziland in 1969. Ralph finds his new step-mother is the only one who understands his inner turmoil. As the sun sets on Britain&#39;s colony in Swaziland, a boy catches his mom in a compromising position -- sending his dad crawling into a bottle.