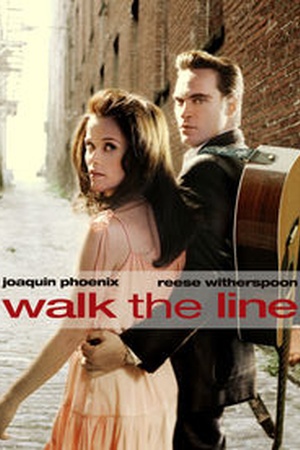 Is Walk the Line on Netflix United States?

Sorry, Walk the Line (2005) isn't available on Netflix United States, but is available in a different country.

A chronicle of country music legend Johnny Cash's life, from his early days on an Arkansas cotton farm to his rise to fame with Sun Records in Memphis, where he recorded alongside Elvis Presley, Jerry Lee Lewis, and Carl Perkins. Celebrate 75 Years of Rebels from 20th Century Fox! Singer. Rebel. Outlaw. Hero. With his driving freight-train chords, steel-eyed intensity and a voice as dark as the night, the legendary "Man in Black" revolutionized music - and forged his legacy as a genuine American icon. Golden Globe winners Joaquin Phoenix and Reese Witherspoon star (and sing) as Johnny Cash and June Carter in this inspiring true story of one man's unwavering devotion to his sound, his message and the greatest love of his life. This acclaimed biopic follows country singer Johnny Cash from his hardscrabble days on an Arkansas farm to his time inside Memphis's Sun Studios.