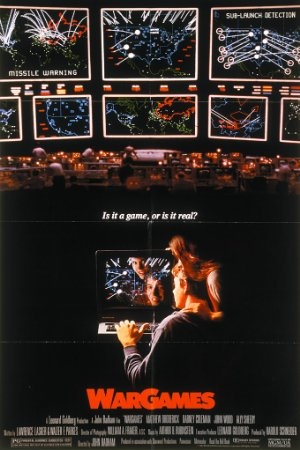 Is WarGames on Netflix United States?

Sorry, WarGames (1983) isn't available on Netflix United States, but is available in a different country. Still want to view it? click here.

A young man finds a back door into a military central computer in which reality is confused with game-playing, possibly starting World War III. A teenager, bored by traditional high school subjects like biology but fascinated by computers, accidentally taps into the Pentagon's top-secret computer...the USA's NORAD system. He starts what he innocently believes is a computer game called "Global Thermonuclear War," but the "game" is real. The Pentagon's best minds cannot shut down or reprogram the supercomputer that is readying a missile attack against the USSR, and thereby unleash Armageddon. The teen and his girlfriend attempt to aid the helpless Pentagon and, in a frantic race against a ticking "doomsday clock," try to persuade the computer to end the "game." After hacking into a supercomputer at North American Aerospace Defense Command, David tells it to start preparing a real nuclear strike.