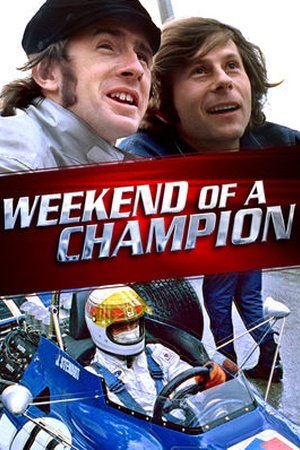 Is Weekend of a Champion on Netflix United States?

Sorry, Weekend of a Champion (2013) isn't available on Netflix United States, but is available in a different country. Still want to view it? click here.

Filmmaker Roman Polanski spends a weekend with world champion driver Jackie Stewart as he attempts to win the 1971 Monaco Grand Prix, offering an extraordinarily rare glimpse into the life of a gifted athlete at the height of his powers. Director Roman Polanski reedited his little-seen 1971 documentary about Grand Prix champion Jackie Stewart for this special re-release.

Check the Weekend of a Champion (2013) trailer!