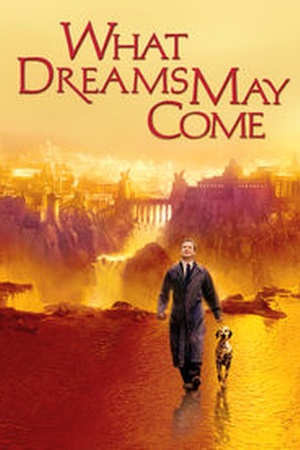 Is What Dreams May Come on Netflix United States?

Sorry, What Dreams May Come (1998) isn't available on Netflix United States, but is available in a different country. Still want to view it? click here.

Academy Award® winners Robin Williams and Cuba Gooding, Jr. embark on a supernatural journey beyond the realm of mortality in this visually stunning and unforgettable epic. After Chris Nielsen (Williams) dies in an accident, he tries to remain close to his beautiful mortal wife, Annie (Annabella Sciorra). With the friendly spirit (Gooding, Jr.) assigned to guide him, he begins to adapt to his new state of being in a setting that can only be described as heavenly. But when his distraught wife takes her own life, she is banished to an eternal damnation. Chris vows to find her so they can share eternity together, but no one has ever succeeded in rescuing a soul from such a horrific fate. With the help of his heavenly friends, Chris sets out on the most perilous and harrowing journey of his life, or afterlife: a quest for everlasting love that will take him to hell and back! Chris Nielsen dies in an accident, and enters Heaven. But when he discovers that his beloved wife Annie has killed herself out of grief over the loss, he embarks on an afterlife adventure to reunite with her. Deceased physician Chris Nielson risks eternal damnation by leaving heaven to save his distraught wife after she commits suicide and ends up in hell.