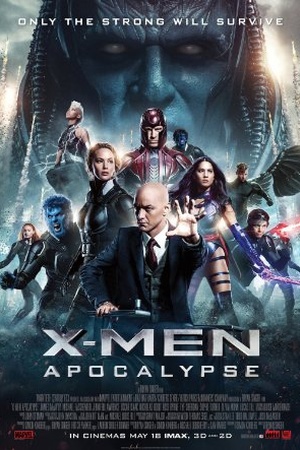 Sorry, X-Men: Apocalypse (2016) isn't available on Netflix United States, but is available in a different country. Still want to view it? click here.

In the 1980s the X-Men must defeat an ancient all-powerful mutant, En Sabah Nur, who intends to thrive through bringing destruction to the world. With mutants Apocalypse and Magneto intent on mankind's destruction, Professor X and his team of young X-Men must battle for the future of humanity. OSCAR® Winner Jennifer Lawrence, Michael Fassbender and James McAvoy lead a powerhouse cast in director Bryan Singer’s extraordinary follow-up to X-Men: Days of Future Past. After thousands of years, Apocalypse – the world’s first and most powerful mutant – has awakened to find a world led by humans. Intent on cleansing the Earth of mankind, he recruits a group of mutants to create a new world order. In a desperate race to save humanity, Professor X (McAvoy) leads the young X-Men in an epic showdown – against an unstoppable enemy – that will determine the fate of the world.