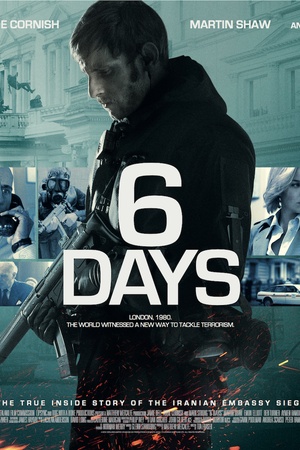 Is 6 Days on Netflix United States?

When armed gunmen seize the Iranian Embassy in 1980, a tense six-day standoff ensues while elite British soldiers prepare for a dangerous raid. Based on the Iranian Embassy siege of 1980, this action-thriller dramatizes a six-day standoff between armed Iranian Arabs and SAS soldiers ready for a counterattack. Unfolding over six terrifying days in April 1980, this film tells all sides of the incredible true story of six heavily-armed gunmen who invaded the Iranian Embassy in London, taking 26 people hostage. Negotiators, police, politicians and the highest military officials wrestle over the correct response, all observed by some of the world’s first live TV news coverage.