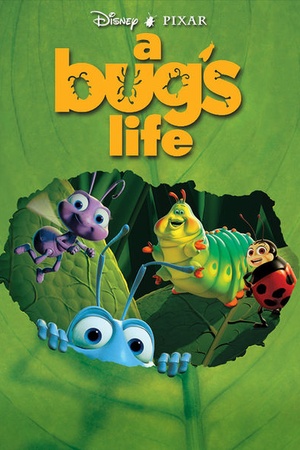 Is A Bug's Life on Netflix United States?

Sorry, A Bug's Life (1998) isn't available on Netflix United States, but is available in a different country.

A misfit ant, looking for "warriors" to save his colony from greedy grasshoppers, recruits a group of bugs that turn out to be an inept circus troupe. Life is no picnic for the ants on Ant Island! Each summer a gang of greedy grasshoppers - led by the menacing and manipulative Hopper (Kevin Spacey) - descends upon the colony to demand a hefty portion of the ants' hard-earned harvest and generally make life miserable for this peaceful community. Our hero Flik (Dave Foley), an original thinker out of step with the rest of the more traditionally-minded colony, takes it upon himself to get outside help and mistakenly enlists an unemployed troupe of bug performers from a second-rate flea circus to join the fight against the grasshoppers. Working together in their new-found friendship, the ants and the circus bugs prepare for a climactic confrontation with the grasshoppers. When Flik's plan starts to unravel, the action and comedy turns fast and furious as he attempts to save the colony and his reputation. On behalf of 'oppressed bugs everywhere,' an inventive ant named Flik hires a troupe of warrior bugs to defend his bustling colony.