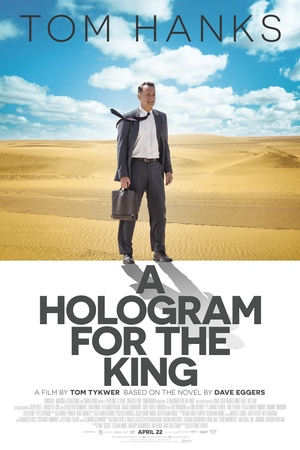 Is A Hologram for the King on Netflix United States?

Sorry, A Hologram for the King is not yet available on Netflix.

A failed American sales rep looks to recoup his losses by traveling to Saudi Arabia and selling his company's product to a wealthy monarch. Cultures collide when an American businessman (Tom Hanks) is sent to Saudi Arabia to close what he hopes will be the deal of a lifetime. Baffled by local customs and stymied by an opaque bureaucracy, he eventually finds his footing with the help of a wise- cracking taxi driver (Alexander Black) and a beautiful Saudi doctor (Sarita Choudhury).