Gloria Allred documentary to air on Netflix in 2018 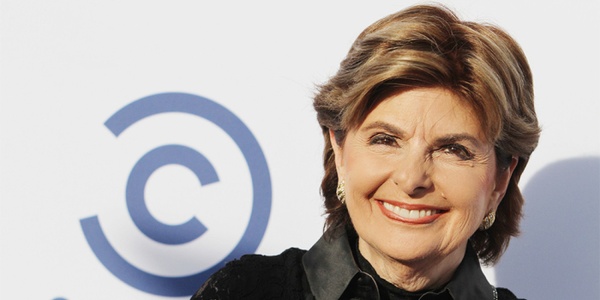 The Hollywood Reporter notes that a new documentary called “Seeing Allred” is due to drop on Netflix in early 2018 after it premieres at the Sundance Film Festival. The film, directed by Sophie Sartain and Roberta Grossman, depicts the life and career of Gloria Allred, a celebrity lawyer who specializes in representing women who have been victimized by powerful men.

That the documentary is topical is to put the matter mildly. Perhaps not a day goes by without some powerful figure in Hollywood, the media, or politics being called to account for using their position to abuse women. Gloria Allred has not represented all of the women so victimized, but it is not for want of trying. He firm claims to have represented more sexual harassment victims than any other law firm on the planet.

Allred is as much a fixture on cable news as she is in the courtroom. Indeed, part of her strategy is to try cases in the media, starting with the press conference when she and her latest client accuse a high-profile man of ghastly behavior. Then she shows up on interview shows to ram home the case. The strategy is to fix in the minds of Americans the righteousness of the cause of her clients, the better to win hefty settlements.

The names of the men Allred has gone up against constitute a long list. They include current accused woman abusers such as Harvey Weinstein and senatorial candidate Roy Moore. Allred has even affected the course of presidential elections, such as in 2012 when she represented a group of women who accused then candidate Herman Cain of misconduct. Cain, who had a brief stint as a frontrunner, faded from sight quickly and soon dropped out of the race.

Allred is also going up against Donald Trump, a sitting president of the United States, for things he is alleged to have done when he was the host of “Celebrity Apprentice.” She has subpoenaed the pertinent documents pertaining to alleged instances in which Trump touched various women inappropriately. President Trump’s lawyers are arguing that the subpoena should be squashed since they contend a sitting president cannot be served with a civil action.

Allred was embroiled in a family dispute recently when Lisa Bloom, her daughter, was revealed to be representing Harvey Weinstein in certain matters. Bloom, who underwent withering criticism, resigned from Weinstein’s legal team in short order.

Gloria Allred is one of those larger-than-life characters who could only exist in America. Whether one hates her for her showmanship or loves her for her advocacy for victimized women, one must always find her interesting and, on one level, entertaining.