Netflix's 'Suburra' is an Italian series about the mob 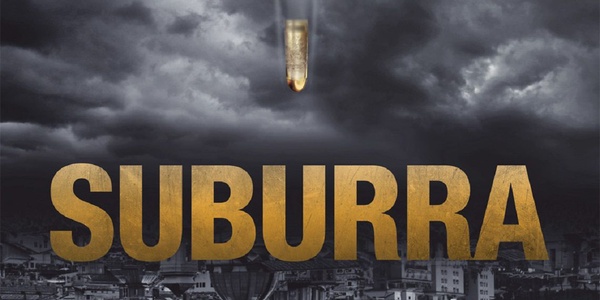 Most visitors to Rome know of that city’s familiar spots, the Spanish Steps, the Forum, the great shopping street the Via Condotti, the Trevi Fountain, and, of course, the area of the Vatican. However, Suburra, a new series, shows a seamier side of the Eternal City, where mobsters fight for power and money as they have since the time of the Roman Empire.

According to Slate, the ten-episode series is done in authentic regional dialect, with English subtitles. “Suburra” is actually a prequel to a 2015 film by the same name that focused on a corrupt public official whose power in real estate matters proves to be useful to the criminal organization depicted in the film and series and to the Vatican Bank, which is financing the deal.

The series depicts a scheme by the Mafia to turn the seaside town of Ostia, the ancient port of Rome, into a Mediterranean version of Las Vegas. The trailer for “Suburra” that has been recently released shows all the elements of a great mob series, lots of beat-downs, threats, gunfire, and sex and debauchery in garish settings. The mob in the series is interconnected with the two dominant institutions of Italy, the state and the Church.

Mob stories have been a favorite for American audiences for decades. “The Godfather” and its sequel “The Godfather Part II” are considered classics in the genre. Martin Scorsese made a career of making films about Italian Americans playing the ancient game of murder and corruption in pursuit of money and power. The sort of men who do these things, like Michael Corleone, played with off-putting intensity by Al Pacino, or any number of characters played by Robert De Niro, evoke a kind of horrid fascination.

A series like “Suburra” reminds us that organized crime is not exclusive to America and is, in fact, an import from the old country that came to the New World with waves of immigrants. Gangs of criminals vied for power in Rome when the Caesars still lived and have never quite died out. While the entity we call “the Mafia” has its roots in the Middle Ages, it arose as an organized crime organization in 19th century Sicily. The term has come to mean any organized crime family, as in “Russian Mafia.”

“Suburra” depicts the machinations and struggles of organized crime in modern Italy, as told by Italians, thus providing a new perspective in the mob story genre. The series is due to be released on October 6. 2017.