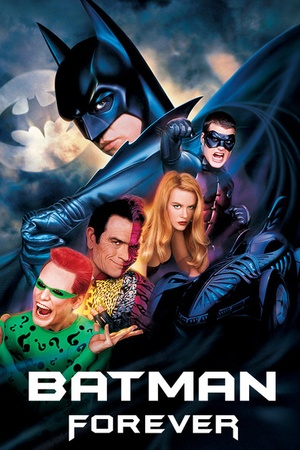 Batman must battle former district attorney Harvey Dent, who is now Two-Face and Edward Nygma, The Riddler with help from an amorous psychologist and a young circus acrobat who becomes his sidekick, Robin. Batman has new villains to vanquish and a new sidekick as millionaire Bruce Wayne goes up against psychotic Two-Face and the Riddler.