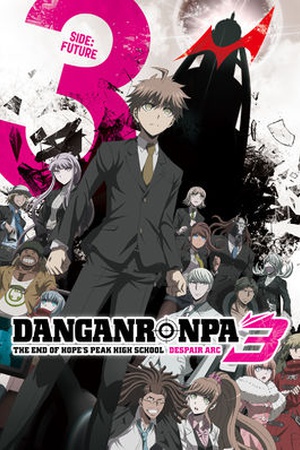 Is Danganronpa 3: The End of Hope's Peak Academy on Netflix United States?

Sorry, Danganronpa 3: The End of Hope's Peak Academy (2016) isn't available on Netflix United States, but is available in a different country.

As Makoto races to stop Ryota from broadcasting his Hope video, he and the others are assisted by the arrival of the 77th Class, who Hajime managed to restore to normal using Izuru's ... Based on the video game franchise, the deadly games initiated by an elite high school continue, while the story behind their impetus emerges.