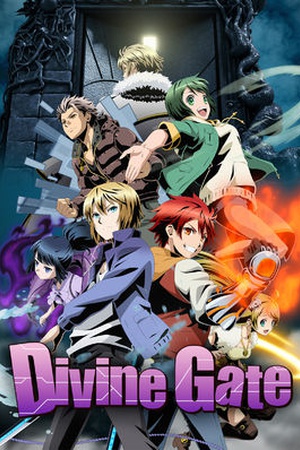 Sorry, Divine Gate (2016) isn't available on Netflix United States, but is available in a different country.

Long after the Divine Gate had been opened connecting the heavens, the underworld and the living world, it has now become an urban legend. The World Council once formed to restore order to ... Rogue Adapter Aoto meets Academy students Akane and Midori, who both want to find the Divine Gate. Aoto doesn't, but he may be the key anyway.