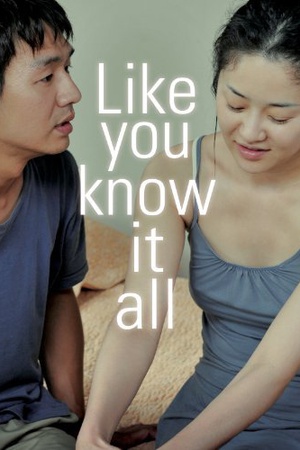 Is Like You Know It All on Netflix United States?

Sorry, Like You Know It All (2009) isn't available on Netflix United States, but is available in a different country.

Delightfully comic exploration of the emotional and social geography of an art-house film director. While visiting a small town to serve on a film festival jury, director Ku Kyung-nam has an eventful booze-filled night with an old pal and his wife. Twelve days later, Ku has a similarly crazy time with another old friend and his wife.