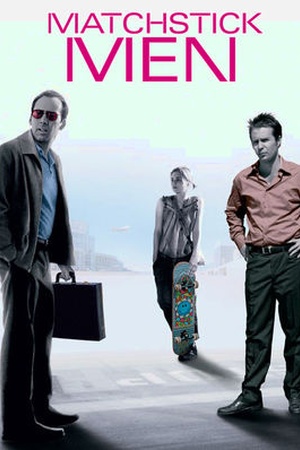 Sorry, Matchstick Men (2003) isn't available on Netflix United States, but is available in a different country.

A phobic con artist and his protégé are on the verge of pulling off a lucrative swindle when the former's teenage daughter arrives unexpectedly. When an obsessive-compulsive con man meets the daughter he never knew he had, he inadvertently jeopardizes his tightly organized and controlled life.